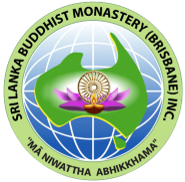 Reflections on a cultural marvel that changed our destiny

Prathibha – The Iconic Cultural Sizzler was born 25 years ago to fulfill our commitment to the expatriate Sri Lankans who were keen to share the social and cultural patterns of a nation that claims a heritage that dates back more than 2550 years. Unlike any other cultural show held in Brisbane, Prathibha is notably unique in its origin and ostensibly exclusive for the purpose for which it was invented.

The pioneers who laid the foundation to establish the SLBM in early nineteen nineties were also looking for opportunities to raise funds, and take advantage of such occasions to have fun and entertainment while sharing their vibrant culture with the wider community. Indeed, the exhilaration and amusement generated by these cultural events did momentarily relieve the pressure under which the pioneers had to work in their quest for setting up a Theravada Buddhist Temple.

The Sri Lankan Talent Show, more popularly publicized as “Prathibha Sandhyawa” (An Evening Full of Talent) is a creation of the Sri Lanka Arts Circle (SLAC) which is the cultural division of the Sri Lanka Buddhist Monastery. The SLAC is the brain-child of Mr & Mrs R.K.D.S. and Vineetha Sarath-Chandra, two of the few founder-members of the SLBM.

Prathibha emerged as a popular variety show embracing an ancient culture rich in social values. The inaugural show was staged on the 23rd September 1990 at the Migrant Resource Centre, West End Brisbane. An exclusive feature of this inaugural production was the amateur cast, comprising husbands and wives, sons and daughters, and brothers and sisters who represented an enthusiastic bunch of expatriate Sri Lankans eager to share their cultural legacy.

After staging the inaugural Prathibha, SLAC was invited by the Brisbane City Council to present at least ten entertainment shows in the newly built Fortitude Valley Mall, when the latter was ceremonially opened in December 1990. This mini Cultural Show was a variety entertainment program of verse, song, and dances which enticed shoppers and passers-by on the streets in the heart of Brisbane’s Chinatown.
In the course of its long journey, Prathibha has established a series of historic landmarks spinning off several major stage productions apart from the annually held talent shows. Some of these masterpieces included the grand Sri Lankan Pageant, Vessantara Jathakaya, Serivanija Jathakaya and many other Musical and Theatrical performances.

A spin-off from the 1990 Prathibha was the majestic Sri Lankan Pageant* (Sri Lanka Puranaya) staged on the 16th of February, 1991 at the Yeronga State High School Auditorium – just five months after the 1990 debut. The most striking aspect of this creation was that it basically adopted ancient literary style of “Nadagam” and modified it to suit the stage play. The cast of more than 60 amateur artistes turned the pages of our

history in a splendid manner dressed in their magnificent costumes and presented a glimpse of royalty in the ancient kingdoms. The Pageant unraveled the Sri Lankan History from the time of King Rawana and the arrival of Prince Vijaya to the end of a Dynasty portrayed in King Sri Wickremarajasinghe’s last farewell – “Ithin Ayubowan…..” It also brought to the stage a glimpse of colonial rule under the Portuguese, the Dutch and the British and its impact on our cultural and social milieu.

Four Talent Shows were staged between 1991 and 1995 at different suburban venues in Brisbane, and it became the most admired cultural event in the community where whole families were teaming up to perform on stage. By 1995, the amateur cast appeared to have transformed to a more professional group which went on to take up new challenges and successfully staged “Vessantara Jathakaya” – one of the best known Jathaka Stories in the Buddhist Literature. The 2-hour drama unfolded on the 25th of June 1995 at the Kenmore South State School watched by a packed audience, and this traditional “Nadagam- style” based drama was considered as unparallel to anything that the community had seen before.
In 2003, for the first time in Prathibha’s history, a splendid 30 min drama that unfolded before the audience made a major impact on rational thinking of the spectators when it challenged the significance of “Amisa Pooja” (material offerings) while defending the superiority of “Prathipatti Pooja” (offerings made through practice of Dhamma). This magnum opus was directed and produced by none other than Mr. Chandra Range – a renowned and talented song-smith.
In recent times, SLAC has also been influential in shifting the course of Prathibha to accommodate indigenous Sri Lankan dancing rhythms, in the program. This has been fulfilled by adopting some specific themes that had their origin in folk-religion, folk-art and folklore of Sri Lanka since the prehistoric times of King Rawana. This could not have been possible if not for the vision, passion and relentless efforts of Mr. Dinesh Epasinghe (Director/ Choreographer) and Dr. Sagarika Attudawage (Chief Coordinator) supported by a dedicated team of parents, teachers and children of Yasodhara Dhamma and Sinhala School. The combined endeavor of Dinesh and Sagarika has not only added value to the Prathibha by the introduction of indigenous dancing styles that reveal our prosperity and legacy, but also created new benchmarks for others to follow. The augmentation of the indigenous content of Prathibha has been exemplified by the introduction of “Prasasthi” (2009), “Salalihiniya” (2010), “Pattini Salamba” (2011) and “Thuranga” (2012) in succession. The Sri Lankan Classical dancing styles viz., Uda-Rata Natum (Up Country or Kandyan dances), Pahatha-Rata Natum (Low Country dances) and Sabaragamu dances have been exploited in creating the above themes.

In 2013, the SLAC revolutionized the presentation of Prathibha by introducing a combination or hybrid (referred to as Sankalana) of indigenous Sri Lankan regional classical dance styles as well as exotic dance aesthetics of countries like Spain, Africa, India and some Western nations. The audience who boarded the “Fusion Craft” (“Sankalana Yathra”) in 2013 experienced a fascinating voyage through a spectacular cultural panorama. Last year, the SLAC undertook an intricate and challenging task of creating on stage the most controversial chapter in our history – the arrival of Aryan Prince Vijaya and his seven hundred followers in Thambapanni and the subsequent encounter he had with Kuveni, the then Queen of Lankadeepa. Undoubtedly, the enactment of Vijaya-Kuveni on stage was an exigent undertaking considering the fact that neither the dialects of the natives (Nagas and Yakkhas) nor the verbal expressions used by the invaders (Vijaya and his followers) were known.

The outstanding feature that highlights the 25th Prathibha, this year, will be the presentation of its events at the feet of a makeshift ancient citadel built on stage resembling the rock fortress – Sigiriya which was once the fortified palace of King Kashyapa who reigned Sri Lanka some 1600 years ago. Sigiriya is also considered as a Treasure of Arts and an amazing sight. This gigantic art gallery of over 500 maidens is a spectacular and lavish masterpiece and the choice of Sigiriya as a backdrop to the stage presentations is justified by the splendid performance expected of the young artistes dressed in sophisticated clothing. The use of vibrant colour, rich adornments and the lively appearance and true rendition of facial characteristics of the young performers (portraying the maidens of Sigiriya) all add to the awe-inspiring sight created on stage.

Finally, we express our sincere gratitude to all the volunteers – dedicated teachers, parents, children and coordinators of Yasodhara Dhamma and Sinhala School for their most devoted voluntary service, and the magnificent team effort in bringing 25th Prathibha to fruition. We do admire the courage and determination of the young performers, choreographers, presenters, musicians and all other volunteers who contributed to this cultural marvel. We are equally indebted to the Prathibha Committee for managing and coordinating an oversubscribed program.

Over the years, Prathibha has been a perennial source of inspiration that changed the destiny of expatriate Sri Lankans. Our objectives are inspirational, and hence, the achievements are tangible.
(On behalf of the Sri Lanka Arts Circle)
*(Note: The SLAC gratefully acknowledges and admires the assistance and guidance offered by Ms Cleone Jordan-Melder and Mr Patrick Melder in the early nineteen nineties to initiate and promote Sri Lankan Cultural Programs in Brisbane)